What makes dementia so popular among elderly people? Is it an avoidable part of the ageing process? And what are the four most common types of dementia? Let’s find out.
Dementia is a condition in which the brain’s cognitive function deteriorates. Keep in mind that dementia is an umbrella term for various symptoms affecting thinking, memory, language, judgement, and behaviour.
In other words, dementia is a word that encompasses a wide range of specific medical disorders rather than a single disease.
Some of the early indications of dementia are difficulty with basic daily tasks, speech ability, and short-term memory problems.

If you or your loved ones exhibit signs of dementia, seek medical aid immediately.
Medi-Call provides home doctor services and you can reach us via the 24-hour Call-Center or the Medi-Call app. 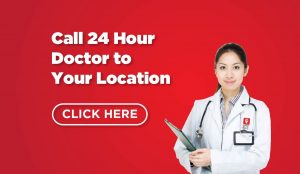 According to The Diagnostic and Statistical Manual of Mental Disorders, there are more than ten types of dementia today. Most of those types of dementia are quite rare.
Creutzfeldt-Jakob disease (CJD), for example, affects only one in a million people each year.
For that reason, we will only cover the four most prevalent types of dementia: 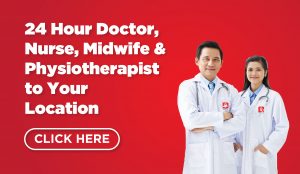 If any of these symptoms of dementia appear, please schedule an appointment with a doctor to receive the necessary treatment.
You can also use the services of a Medi-Call homecare nurse or doctor through the application or contact via the 24-hour Call-Center.

Be Cautious! Heart Disease Occurs Often to Foreigners Who Spend Their Time in Bali